Interview with Laura Perreault Of The Midnight Baker 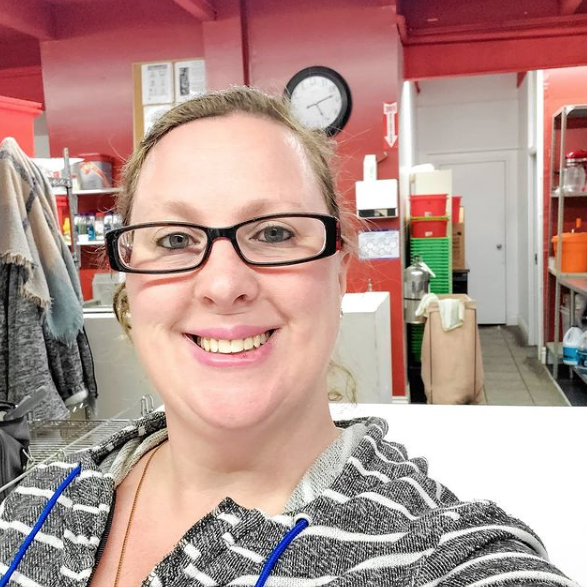 For Laura Perreault, aka The Midnight Baker, baking is something that has brought her joy since childhood. She’d been baking as a hobby for family and friends for years, when in 2016 she arrived at a crossroads. During a bout of depression, she wondered what she should be doing, and she ultimately decided that since baking was her passion she should be doing it. She rejected returning to school to study baking, saying “I’ve graduated four times. I realized that school is a safe place for me.” Instead, she took an online course to learn the theory and then found work at Nat’s Bread Company and the now-closed Sutherland on Beechwood to hone her skills. She also worked part time for Joy of Gluten Free.

By 2019 she was working three days per week for a doctor, and baking bread and pastries for family and friends at night once the kids were in bed (the habit of staying up late to bake is what inspired her business’s name, The Midnight Baker). She decided it was time to grow her own baking business. She rejected the idea of a home-based food business due to the regulations. “You need a specific entrance for the business, for example,” Perreault says. Next, she investigated renting a commercial kitchen. “Commercial kitchens are expensive,” she says, “and they charge a minimum of four hours. Often they require that you hold liability insurance before you can set foot in the space. The application process is daunting. So, at that time, I decided against renting in one. Ultimately I looked at doing vendor shows and farmers’ markets instead, because the regulations (for selling bread and pastries at farmers’ markets) are different.”

Perreault successfully applied for the Log Farm famers’ market that year. At the end of market season in 2019, after the learning curve of her first year selling at the market, she once again investigated commercial kitchens. After reading an ad in Kijiji she met with the manager of a commercial kitchen, but it was still too pricey. Then, fate intervened. “The house we’d rented for 11 years, the house my kids grew up in, was going to be sold. We looked around for another house to live in, but rents had gone up! Eventually we moved in with my in-laws.”

Living as an extended family provided Perreault’s teenaged children with the opportunity to spend time with their grandparents, but it also meant that there was no room for the Midnight Baker to work. Luckily, the family’s living arrangement released money to rent a space to do her baking. She called back the manager of the Cookhouse Community Kitchen, and he told her that there were overnight slots for rent. “The overnight rates were more reasonable,” she says. She started renting space last March, at the start of the pandemic.

There were some initial challenges moving to a commercial kitchen for example, if she had problems with equipment, there was no one to help in the middle of the night. But the space included three big prep tables and the fridges and ovens that she needed. Like the other renters - school meals franchise The Lunch Lady, Caribbean food suppliers Run 2 Patty, and Tiffin Mania, Indian food for delivery and pickup - Perreault is responsible for keeping the space and equipment clean. “I’ve formed friendships with the other renters, and with other small business owners.”