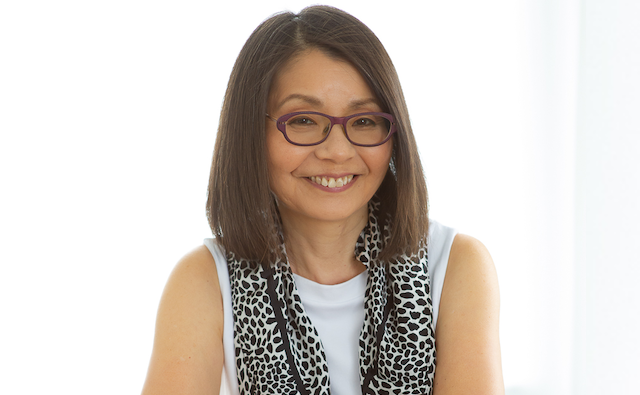 Cokanna, the Ottawa fashion brand that believes comfort can coexist alongside style, has been dressing mature women and cancer survivors for over five years. Cokann’s founder, the warm and engaging Colleen Kanna had always been fascinated by fashion, but that interest took a back seat to a career in finance. In 2010 she entered a challenging stage of life when she was diagnosed with Breast Cancer, and she started down the path to recovery. When she was given the all clear at the end of 2011, Kanna started back to work on a part time basis, and she began to explore ways that her original passion could become a business. I recently spoke to Colleen Kanna about her business journey over Zoom.

During her research and planning phase Kanna decided that her collections would have to be easy to wear. In her own recovery she had struggled with tops that required raising her arms, and she knew this was a problem for older people as well. “I think my customer is looking for comfort,” she says. “ I cater towards an older customer, I think you get to that age, I know I have, where comfort is just as important as style. Like you still want to look nice, and pulled together, but you definitely want to be comfortable doing it.”

Kanna knew that there were gaps in her knowledge, and she looked to the fashion community for help. She took courses offered by Fanshawe College and Invest Ottawa, which was also where she was paired with a mentor who advised her to contract out the tasks that she did not have skills to complete herself. “I didn’t want to go back to school to learn pattern making, “ she says, “I didn’t feel that I had the time to do that at my age.”

She searched for pattern makers, sewers, and manufacturers to help her build her dream. “I contacted Algonquin College and then Richard Robinson, asking to be put in touch with pattern makers.” She also contacted the Toronto Fashion Incubator, from whom she purchased a list of contractors. “I remember I just kept calling people on that list. I narrowed it down to a few, and went to visit them. It was a lot of leg work.” Kanna says most of the people she met early on were really helpful.

Each call she made led to another contact, and eventually she collaborated with Twiss and Weber, the Ottawa area designers (who also had a retail outlet on Sussex Drive, which subsequently closed during the pandemic). “I met with them, they were so much fun and so helpful to me. I was so green. I knew nothing! I brought them my drawings and samples of clothes that I liked, and they made me my very first sample.”

During her meetings with manufacturers, Kanna discovered that her responsibilities ranged from purchasing her fabric, to creating her own sizing, and in some cases even sourcing (and buying) her own thread. She says it’s still a constant learning experience.

Since starting her company Kanna has worked with a number of manufacturers. After using a contractor based in Toronto, Kanna now has her collections produced by The Bobbins Production Studio here in Ottawa.

From the start, Kanna used her experience with Breast Cancer to direct her designs. She created a zip top that someone recovering from cancer could fasten. She also ran workshops with cancer patients, using their feedback to design pieces that were easy to wear and to care for. She was an early adopter of bamboo fabric, which she says is “forgiving and thermal regulating" as well as sustainable.

While Kanna formerly participated in craft markets, the pandemic resulted in an upsurge of online sales for her brand as well as an expansion of her customer base. The digital world has also created the opportunity for Kanna transition her coffee and shopping events, which she had previously held in her home studio, to online Zoom experiences. Community is just as important to Kanna as her fashion line; in her Online Coffee Shops her customers and a wider group of women come together for conversation and to learn about a variety of topics.

It’s this love of community and a passion for the plight of aging Canadians that fuel Kanna’s plans for the future. She envisions a retail, meeting, and living space where older people can live and shop, and be in their own community.

“You know, our system is so broken in that way and for sure the pandemic really brought that to light. It just breaks my heart when i hear about people in long term care, cut off from their families, not getting the proper care. Something has to change, and you know, government, I don’t see anything happening any time soon that would make a difference. So I think as communities, we have to think of our own solutions and that’s one of the things that I would like to do in getting the space.

“That could be a space with a few living spaces for myself, for my sister, and other people that are older and we create our own little community. We look out for each other. And if a pandemic happened we would be our own bubble.”

If anyone can bring a new vision for aging communities to life, it’s the passionate and determined Colleen Kanna.